SHAVKAT MIRZIYOYEV: ECONOMY IS ORGANISM ENSURING THE LIFE OF SOCIETY, WHILE ETHICAL ENLIGHTENMENT IS ITS SOUL 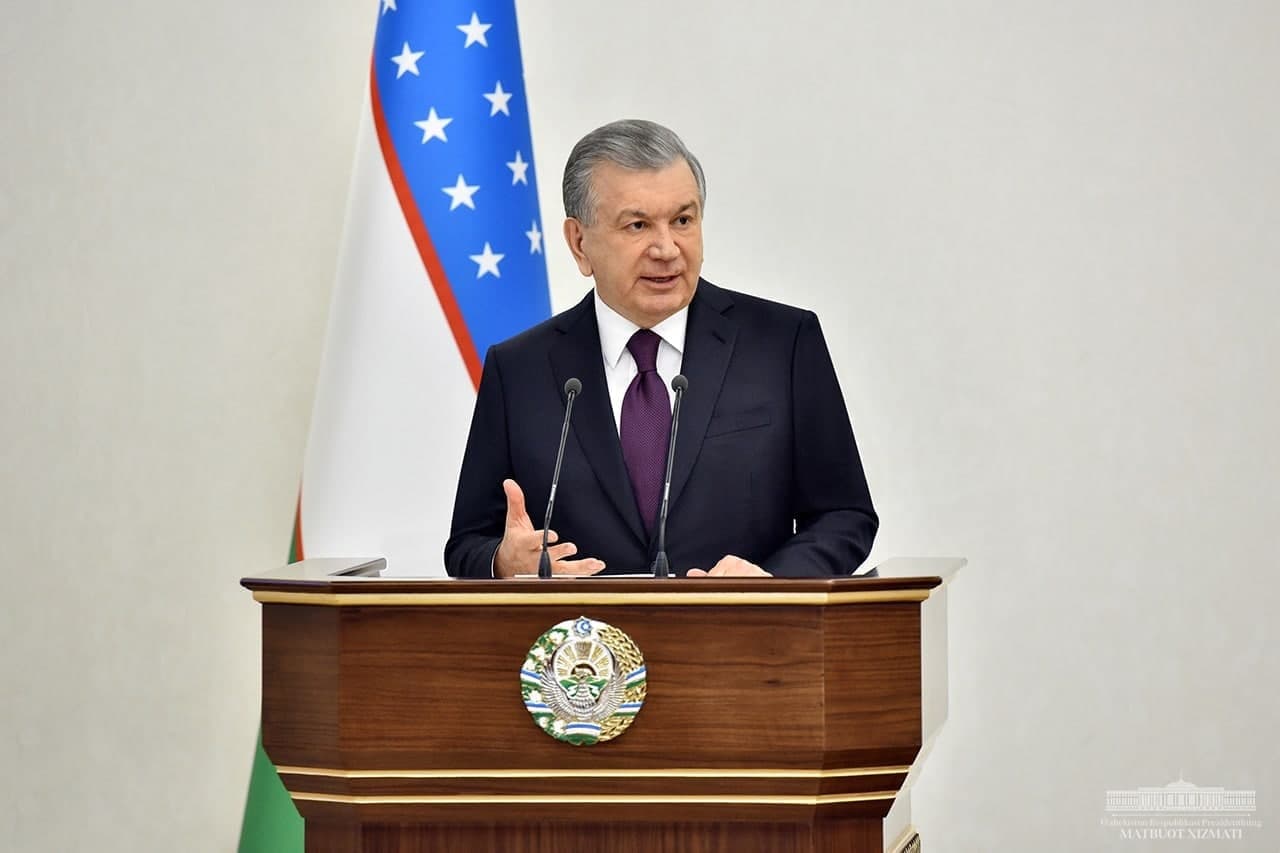 On January 19, President Shavkat Mirziyoyev chaired a videoconference executive session to discuss the system of ethical enlightenment works in Uzbekistan, interaction of public and social organizations in this process.

History shows that nations achieve progress thanks to cohesion, by following their national idea. Today, national ideology is rather a critical issue in our country, which is moving along the path of building a new life and joining the ranks of advanced nations.

In recent years, a number of decisions have been made in this direction. It was determined that the President of the country chairs the Republican Council for Ethics and Enlightenment. Hokims head the local offices of the council. This fact has helped to further elevate the role of ethical enlightenment issues in policy agenda. 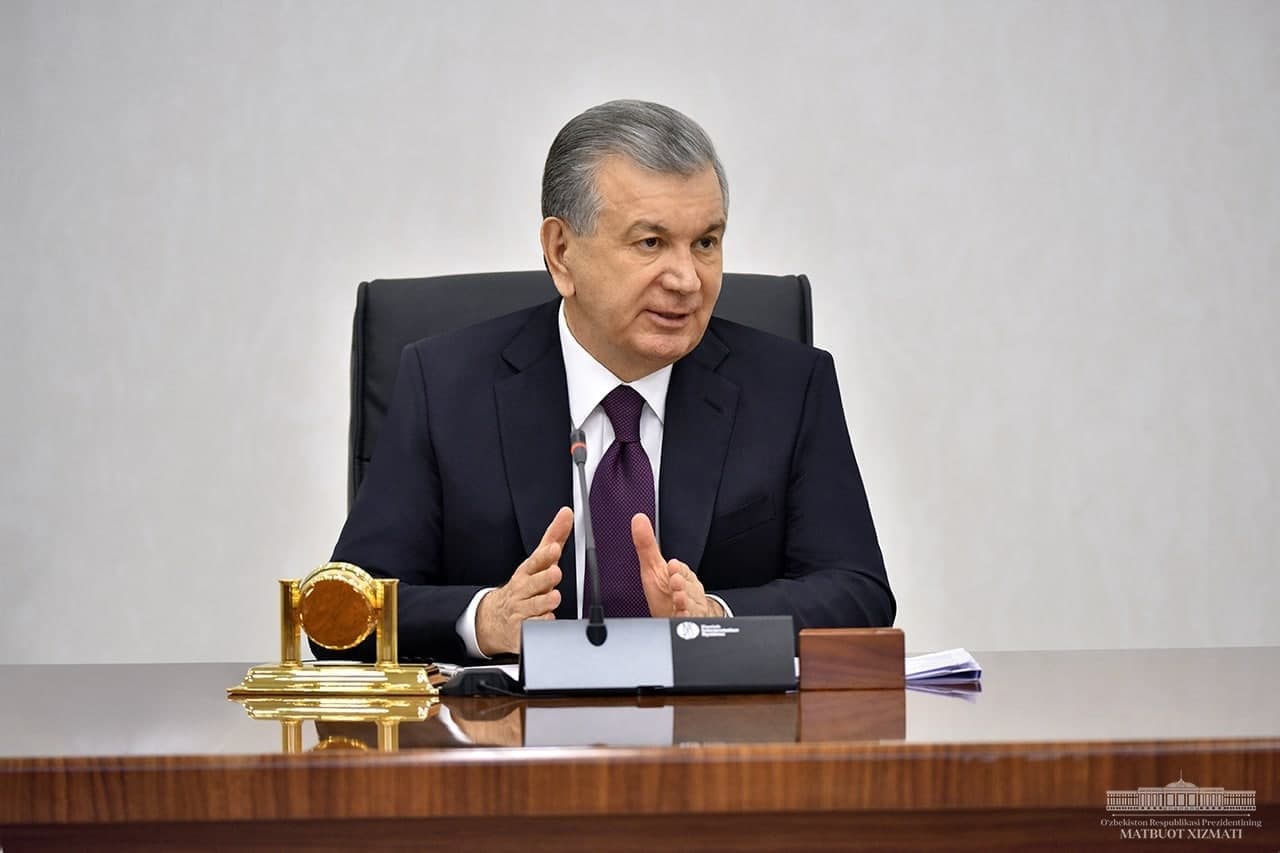 “Economy is an organism that ensures the vital activity of society, while ethical enlightenment is its heart and soul,” Shavkat Mirziyoyev noted at the meeting. “Since we have decided to build a new Uzbekistan, we rely on two strong pillars. The first is a robust economy built on market principles. The second is a dedicated ethical enlightenment based on the rich spiritual heritage of our ancestors and national values.”

During Shavkat Mirziyoyev’s recent Address to the Oliy Majlis, at the first Youth Forum of Uzbekistan and the expanded format session of the Security Council, pressing tasks in the field of ethical enlightenment were formulated, since scores of issues await solution in the sphere. Some do not fully understand the essence of the national idea, treat it superficially, mistakenly identifying it with the old ideology. In this regard, the President outlined the pivot of our country’s ideology:

“The ideology of the new Uzbekistan we are building will be kindness, compassion, humanism. When we talk about ideology, we mean, first of all, nurturing of reason, fostering of national and universal values. They are built on millennia-old life principles and ideas and values ​​of our people,” the head of state insisted. 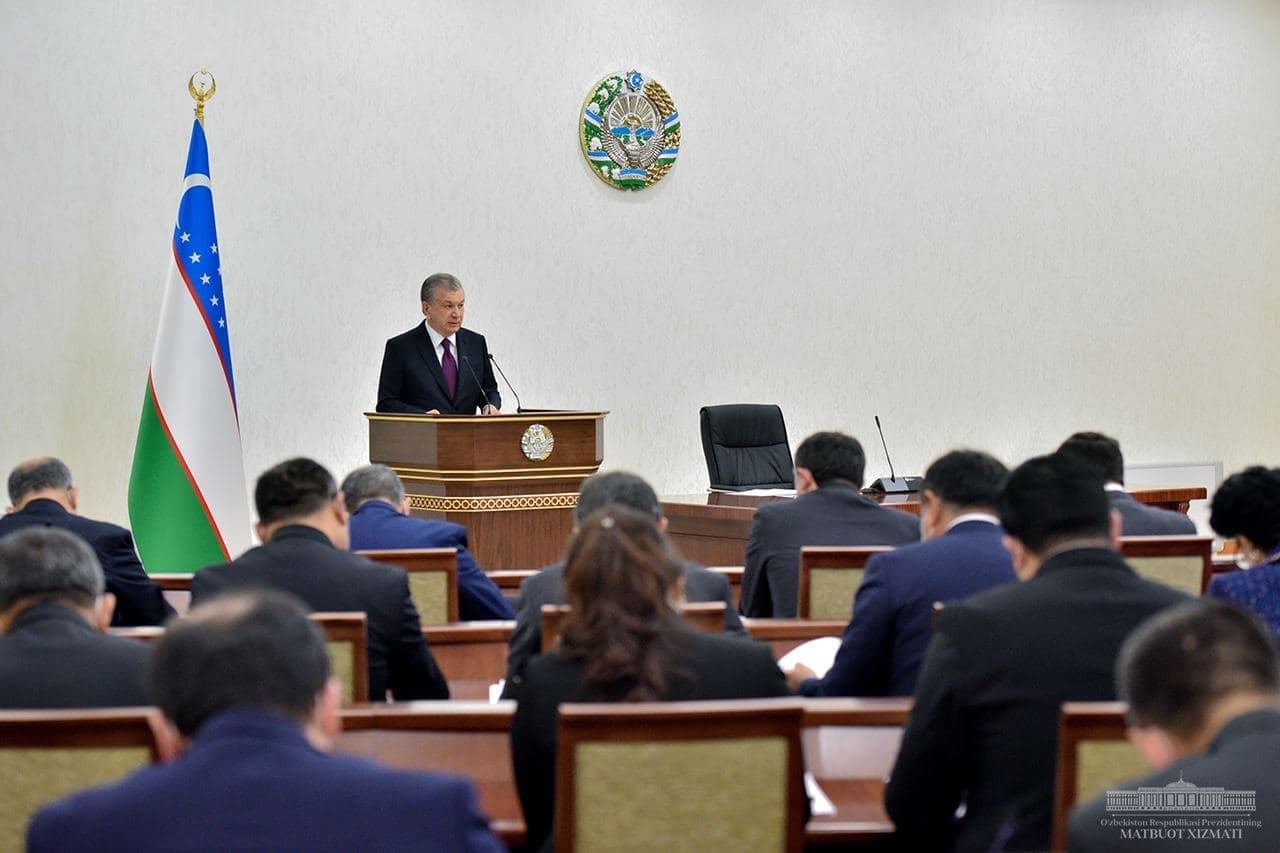 Confrontation and competition in the world as well as clash of interests have been mounting. Globalization processes bring both unprecedented new opportunities and unforeseen problems for humanity. Threats and challenges to national identity and spiritual values have also been growing in scope. Egocentrism, carefree attitude to work, family, consumer culture are being introduced in various ways into the minds of people, especially young ones.

Threats such as terrorism, extremism, transnational and cybercrime, human and drug trafficking are on the rise. In some regions, artificially bolstered instability and protest moods are observed.

In such an alarming situation, it is necessary to exercise prudence and vigilance, to live with the peace and interests of our country in mind.

The head of state stressed that the biggest threat is indifference and unresponsiveness, in minimizing the social problems observed today, there is not enough participation of the older generation in enlightenment work, and public control is insufficient.

The time itself requires a scientifically grounded analysis of the social and spiritual situation in society, it was noted. It is the absence of such an approach to the organization of spiritual and educational work that does not allow achieving the expected results.

In this respect, the need for critical study and radical improvement of the work of the Republican Center for Ethical Enlightenment was indicated.

Measures have been identified to bring spiritual and enlightenment work to a qualitatively and substantively new level.

Today, dozens of organizations are involved in the promotion of ethical enlightenment. Due to the lack of clear coordination of their activities, of an integrated system, there are cases of duplication of work.

It was determined that from now on, the Republican Center for Ethical Enlightenment will coordinate the spiritual and educational activities of all territorial councils, ministries, agencies and organizations.

Material and technical support for the Center and its organizations will be significantly boosted. The research and propaganda work of the Center will be reorganized.

There should be no break in education, our people say. However, in ethical enlightenment efforts today the situation is far from that ideal. Kindergartens, schools, higher education, mahalla – each link works in this direction on its own.

In this regard, the importance of delivering a unified system of ethical enlightenment work, in particular, the upbringing of boys and girls as educated and virtuous individuals from childhood, and providing methodological assistance to preschool educational institutions for this purpose, was emphasized.

Instructions were given on uplifting the effectiveness of spiritual and educational work in schools, secondary specialized and higher educational institutions. In all universities and their branches, the post of vice-rector for youth issues and ethical enlightenment work will be introduced.

Particular attention was paid to ensuring the stability of the social and spiritual situation in mahallas. It was suggested that under the scheme “Intelligentsia is the spiritual patron of the mahalla”, professors, teachers and celebrated representatives of the intelligentsia will be assigned to each mahalla. The President supported the initiative of representatives of the senior generation to assist youth with difficult upbringing and unemployed ones. 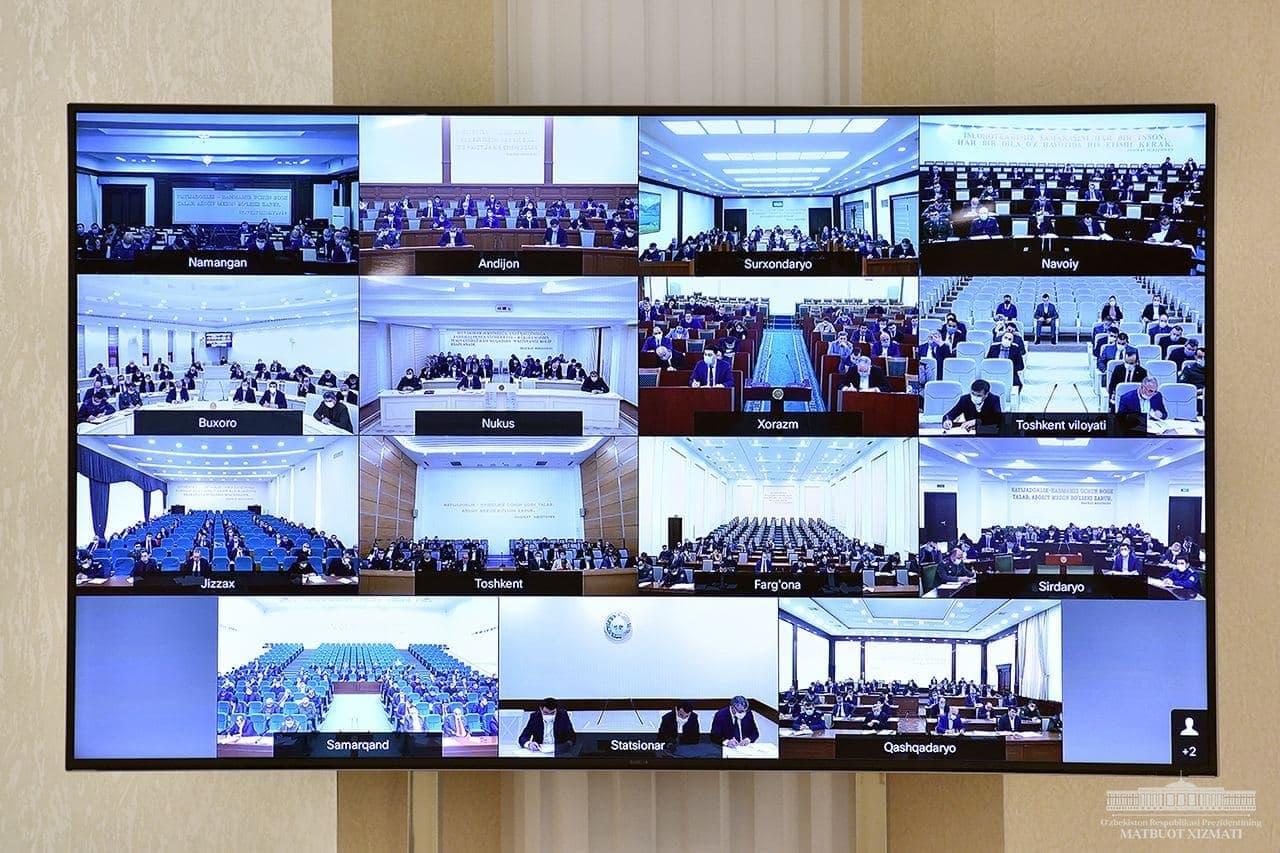 An executive order was given to build standard-design centers of ethical enlightenment in regions, to allocate additional staff units to the sphere at the expense of local budgets.

A proposal has been made to turn the Victory Park complex in Tashkent into a research center for the study of military history and the heroism of our ancestors.

Shavkat Mirziyoyev highlighted the importance of upbringing the growing generation in the spirit of patriotism and national pride. To do this, it is necessary to take history teaching onto a new level and enhance academic research in this area.

“It is essential to teach national history in a national spirit. Otherwise, there will be no educational effect. We must teach our youth to learn lessons from history, draw conclusions, equip them with historical science, historical thinking,” Shavkat Mirziyoyev insisted.

Responsible officials were tasked with devising a concept for the development of historical science in Uzbekistan through to 2030.

The President instructed the executives to bolster the status of Uzbek as a state language, introduce modern technologies for its study in the country and abroad.

Today, life demands to think and work in a new way, to foster national ‘think tanks’. Unfortunately, there are few analysts and experts in Uzbekistan who are capable of deeply researching and communicating in an understandable language all the socio-political processes taking place around us. In this respect, the necessity was stressed to radically revise the academic and applied research work in the field of protecting society from ethical threats. It was emphasized that the centers of ethical enlightenment, Development Strategy, Islamic Civilization, research institutes of social and humanitarian orientation should turn into such think tanks. 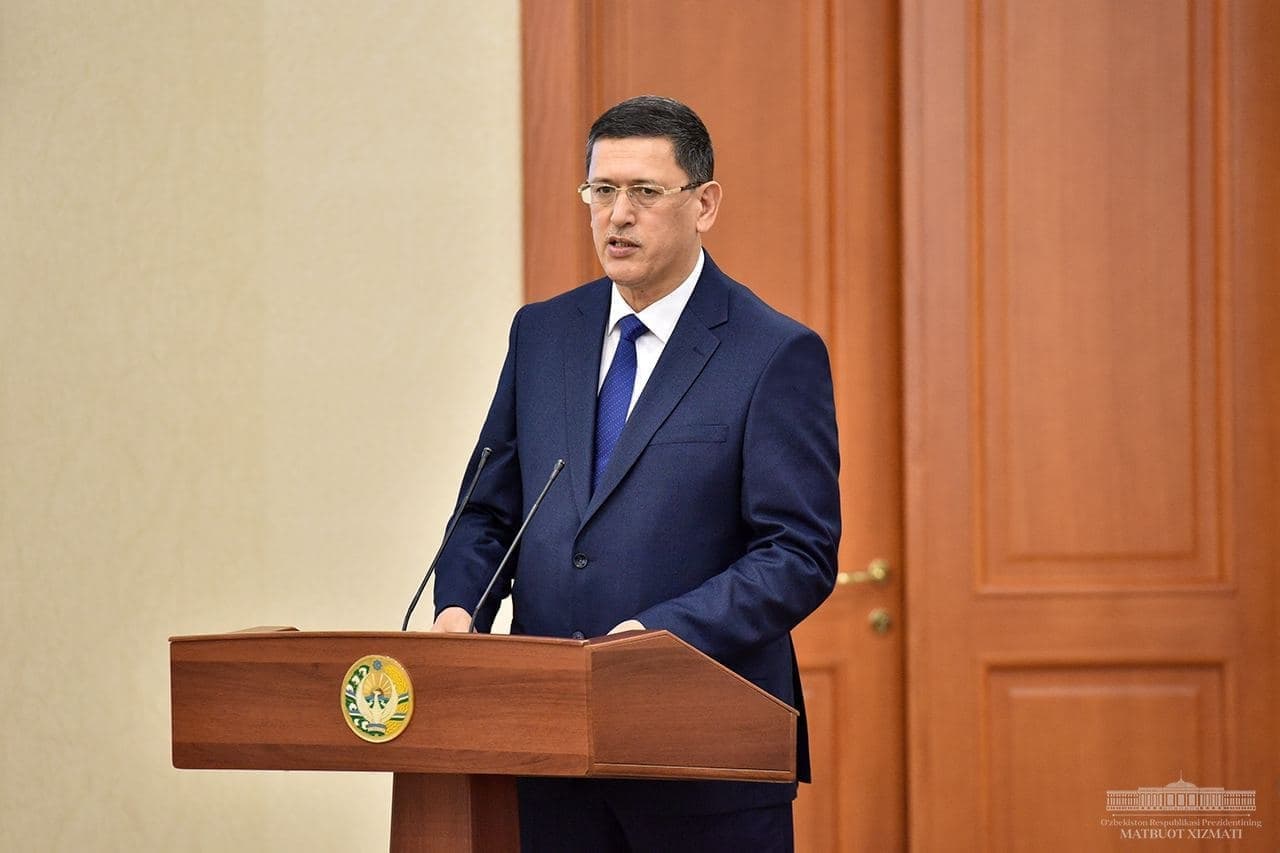 In order to promote the national idea, increase the efficiency of ethical enlightenment  work, and further develop literature and culture of reading in society, a Fund for the Support of Ethical Enlightenment and Creativity will be established on the basis of the Ijod public foundation.

The President instructed to include the majors in ethical enlightenment in the classifier of educational disciplines, to organize the training of highly qualified personnel in this direction.

Particular attention received issues of improving the culture of reading, consistent development of cinematography, a critical analysis of the activities of art councils at all TV channels, and raising the quality of television programs.

“The idea that the issue of spiritual education is only the work of the Ethical Enlightenment Center or a certain ministry, department, is misleading. This is, on the contrary, one of the most critical, vital tasks facing all of us,” the President stressed.

Officials responsible for the sphere, teachers and professors, ministers and hokims of regions expressed their views and proposals on the issues discussed at the videoconference session.