POWER INDUSTRY DEVELOPMENT IN 2020 DISCUSSED AT A PRESIDENTIAL MEETING 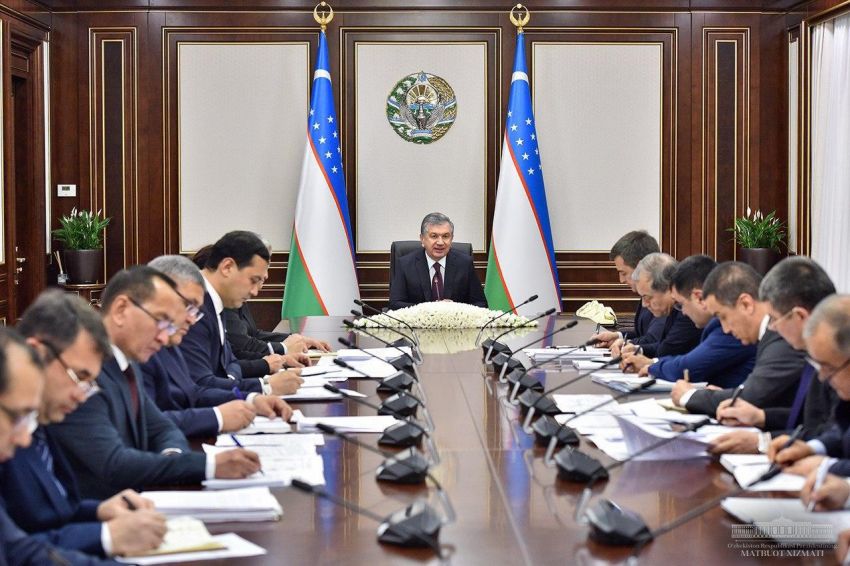 As previously reported, President of the Republic of Uzbekistan Shavkat Mirziyoyev has held a meeting today to discuss key tasks for the current year in the development of the electric power industry.

This sector is important in ensuring sustainable economic growth and public welfare. Large-scale measures are being taken to modernize the industry, increase energy capacities and secure uninterrupted supply of electricity to consumers.

In accordance with a 1 February 2019 decree of the head of state, the Ministry of Energy of the Republic of Uzbekistan was established. The President’s resolution on March 27 of the same year reorganized the joint stock company Uzbekenergo, setting up on its basis the joint-stock companies Issiqlik Elektr Stansiyalari (Thermal Power Plants), O‘zbekiston Milliy Elektr Tarmoqlari (National Power Grids of Uzbekistan) and Hududiy Elektr Tarmoqlari (Regional Power Grids).

Last year, through the implementation of 6 major projects, a total of 1,076 megawatts of electricity generating capacities were put into operation.

It is expected that this year the volume of power consumption in Uzbekistan will be 71 billion kilowatt hours, which is 9 percent as much as last year. The demand across manufacturing industries is anticipated to grow by 10 percent, and 8.5 percent by household customers.

The meeting participants discussed measures to meet the abovementioned need, and the implementation of a corresponding «roadmap» developed jointly with the World Bank and the Asian Development Bank.

President Shavkat Mirziyoyev insisted that measures defined for the production, distribution and delivery of electricity in 2020 be executed in full and in high quality.

Special emphasis was also placed at the meeting on ensuring profitability at the enterprises of the power industry and on eliminating debt for energy consumption. The introduction of an automated system for monitoring and accounting for electricity consumption and results therein have been qualified as efficient; the joint-stock company Hududiy Elekt Tarmoqlari was instructed to install another 4.5 million modern meters by the end of the year.

The President maintained that at the next stage of the industry reforms, it is important to create a competitive wholesale electricity market, attract investors to power generation on public-private partnership principles and a phased decline in state presence in the sector.

The meeting also served to deliberate on long-term prospects of the industry.

Calculations show that by 2030, electricity consumption in Uzbekistan will be twice as much as the current level. In this regard, the Ministry of Energy was instructed to commission new thermal power stations with an aggregate capacity of 7.9 thousand megawatts over the next ten years.

The head of our state instructed responsible agencies, together with the Ministry of Higher and Secondary Special Education, to elaborate five-year training programs for mid-level and lower-level specialists in the power sector able to work with modern technologies.

Heads of industry enterprises reported on the issues discussed at the meeting, specific measures have been identified.

About this and another in more detail in the report of the «Uzbekistan-24» channel.